Can You Drink Alcohol the Night Before a Drug Test? 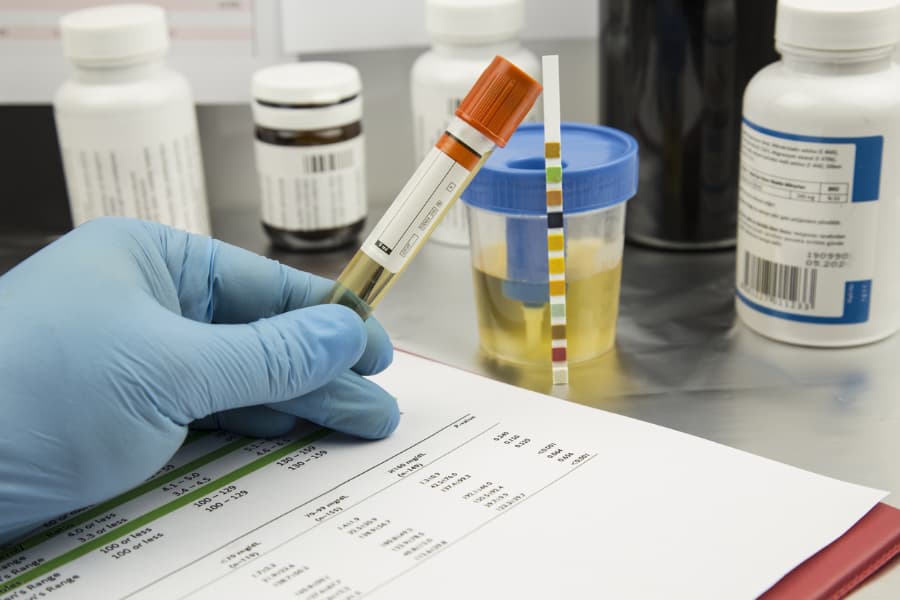 Many employers use drug tests to screen new hires as well as existing personnel before allowing them to complete a specific task. A significant concern for people preparing for drug tests is whether or not they can drink alcohol the night before. There is no definitive answer since the amount of alcohol consumed, the rate at which it breaks down in the body, and the type of drug test performed all can impact the results. Learn about drinking the night before a pre-employment drug test from TOPLAB®.

Not all drug testing uses the same sample to evaluate a person. Some screenings either identify drugs or alcohol, and others test for both substances. Therefore, understanding how these tests impact results is crucial to determine if drinking is viable before the examination. The following are five drug tests commonly used by labs:

During a blood test, the phlebotomist draws a small amount of blood to assess the sample for multiple purposes. Blood screenings can spot alcohol in the system for weeks (28 days) after the patient’s last drink.

Urine drug screening is the most frequently used tool for evaluating if a patient has toxic substances in their system. Alcohol appears in urine less than an hour after consumption and its highest concentration peaks within 5.5 hours. Alcohol may appear in a urine test days after a patient drank depending on the amount they consumed before the screening.

Also known as a mouth swab or oral drug test, this screening uses a saliva sample to look for the presence of drugs or alcohol. Saliva tests are less capable of detecting alcohol since they can only spot trace amounts from the first couple hours to a day after consumption.

While rare, hair drug tests are highly effective at indicating drugs over an extended period. They recognize drug use from one to two years ago and alcohol from six months back.

What Other Aspects Influence the Presence of Alcohol?

Unlike illicit drugs, alcohol is legal to consume. However, many employees understandably worry about what impression their boss will have if a test finds alcohol in the body. On average, alcohol takes anywhere from 12 to 48 hours to break down, but additional factors can alter how fast the body absorbs and processes the liquid, which dictates whether it will show up on a test. Consider how the following elements might change the results:

The most influential factor is how much alcohol the person drinks. The more they consume, the longer it takes the body to metabolize the substance. Similarly, people who drink quickly make it harder for the liver to maintain a steady pace with digestion, leaving more alcohol in the body longer.

The enzyme that breaks down alcohol in the liver is more abundant in men than in women. Additionally, women tend to have a lower muscle-to-fat ratio and less water weight than the opposite sex. In other words, women often become more intoxicated after drinking the same amount of alcohol as men.

Food, particularly high-protein options, impedes the body’s absorption of alcohol. On the other hand, imbibing on an empty stomach accelerates the intoxicating effects of the drink.

Some beverages have a higher percentage of alcohol by volume (ABV), including liquors and craft beers. As a result, people who consume these drinks may experience more intense inebriation.

Get Drug Testing Services from TOPLAB®

Whether or not a person should drink the night before a drug test depends on the specific screening tool and other factors that make substances easier to detect. Employers needing accurate results and fast turnaround times on drug testing and screening can turn to TOPLAB® for solutions.

As a full-service laboratory, TOPLAB® offers toxicology employee drug screening services for businesses and consumer testing for patients. Our technicians use state-of-the-art equipment to deliver reliable outcomes and offer customized solutions to clients in New Jersey and nationwide. Contact us today to learn more about the screenings and services we offer.

← Will My Prescription Drug Show Up on My Toxicology Screening? What You Need to Know